A patient advocate diagnosed with diabetes shares how a simple checkup can help prevent or lead to optimal treatment for some conditions or diseases.

Can you recall the last time you had your A1C, blood pressure or cholesterol levels checked? Or the last time you were screened for breast, prostate or cervical cancer? If it’s been two years or longer, you’re not alone. Due to the pandemic, many people have postponed routine physicals, screenings and dental exams. So right now, stop what you’re doing and schedule them.

OK, now that you’ve made your appointments, let’s get back on topic.

In the National Diabetes Statistics Report, 37.3 million Americans live with diabetes today. That’s 11.3% of the U.S. population, with 8.5 million of those Americans undiagnosed. And if you didn’t know anyone with diabetes, you do now: I’m Cherise Shockley, and I have Latent Autoimmune Diabetes in Adults (LADA). Here’s my story.

The signs and symptoms of diabetes

In June 2004, I could down a jug of orange juice and a six-pack of juice boxes within hours of each other. However, I had a yeast infection I could not get rid of. I was waking up to go to the bathroom in the middle of the night. I knew something was wrong, but I kept putting things off. That is, until my husband Scott, a U.S. military member, came home from Iraq on emergency leave. I kept complaining about the yeast infection, and he made me promise I would make an appointment at the Troop Medical Clinic. When he left, I scheduled my appointment; a week later, I was sitting at the clinic. “Mrs. Shockley …” The nurse called my name, and she proceeded to ask me a series of questions.

Have you lost any weight?

How long have you had extreme thirst?

A few weeks, on top of the yeast infection.

Thank you. We need to draw some labs. Once the results are in, the nurse practitioner will meet with you.

When I was diagnosed

A few minutes later, the nurse practitioner called me back to her office.

You are not pregnant. Is there a family history of diabetes?

Let me check your blood sugar.

Cherise, you have diabetes. But you are too old to have juvenile diabetes, and you aren’t overweight like someone with type 2. Also, your autoantibodies test shows you are positive, but your C-peptide shows your pancreas is producing insulin. I have never seen this before. I want to refer you to an endocrinologist.

I cried in her arms. Then I left the appointment. I called my mom, and I cried for the last time about my diabetes diagnosis – because I knew that, in my own situation, diabetes wouldn’t claim my life, or potentially my legs, as with some of the men and women I knew from church.

Later that year, my life changed forever. I learned that I had LADA. If you are like I was, you probably think there are just two types of diabetes. That would be wrong – or I guess it depends on which medical professional you talk to. Mayo Clinic describes LADA, or type 1.5, as a slow-progressing form of autoimmune diabetes. Like the autoimmune disease type 1 diabetes, LADA occurs because your pancreas stops producing adequate insulin, most likely from some "insult" that slowly damages the insulin-producing cells in the pancreas. But unlike type 1 diabetes, with LADA, you often won't need insulin for several months, up to years after you've been diagnosed.

Still confused? Let me explain. I have a working pancreas like a type 2 person and have autoantibodies like a type 1. Therefore, I will eventually need to be placed on insulin, though I didn’t immediately require insulin at the time of diagnosis.

In 2007, I noticed my blood sugar was extremely high, even after eating salad. I made an appointment with a new nurse practitioner in southern California. I agreed that an oral medication could help, but I was wrong. So, two weeks later, I went to my new endocrinologist and saw a nurse practitioner there. I told him that I had LADA, and that I thought it was time for me to go on insulin full time. He called the endocrinologist into the office and explained that I had LADA. The doctor looked at me and said, “No way, she is too young, and LADA occurs more commonly in white people. Can you run labs?”

The labs returned, my beta cells were decreasing, and it was time for me to go on insulin. The nurse practitioner said, “You can take five to six injections a day for the rest of your life, or you can try one of these insulin pumps.” He laid every pump on the market out on the table. I looked at him and said, “Pump, please.” So I went home, researched and stumbled upon the diabetes online community. It’s where I found help and hope, and where strangers became friends. It became my home away from home.

Many Black Americans are misdiagnosed with type 2 diabetes, and I was fortunate not to be part of that statistic. I live a privileged life with diabetes: I have access to healthcare, the world’s best insulin, and technology-based on my husband’s military service. Thanks to Alan Emtage and social media, I have access to people with diabetes worldwide. I have become close friends with researchers, industry leaders and healthcare providers.

Startling facts about health topics in the Black community

Remember that your health is essential. Your life is precious.

This is not so easy to keep in mind for many in the Black community. Some face social and economic hardships and lack of access to healthcare. They can be unaware of new technologies, new devices and medicines that can improve their quality of life. And let us not forget the historical obstacles: Black people, and other people of color, face a healthcare system of bias and inequality that contributes to these startling statistics:

Something has to give. I don't know about you, but I refuse to see you, your family or anyone else become a medical statistic like those mentioned above. However, I believe we can change our health narrative, and here are a few ways to do so:

Food for thought: You find time to take your car in for an oil change or routine maintenance once a year. That’s because you need it to get around – and you should treat your body with the same respect and admiration. When your body aches, don't ignore the signs. No matter how big or small the problem may seem, get it checked. A simple checkup can help prevent some conditions or diseases. 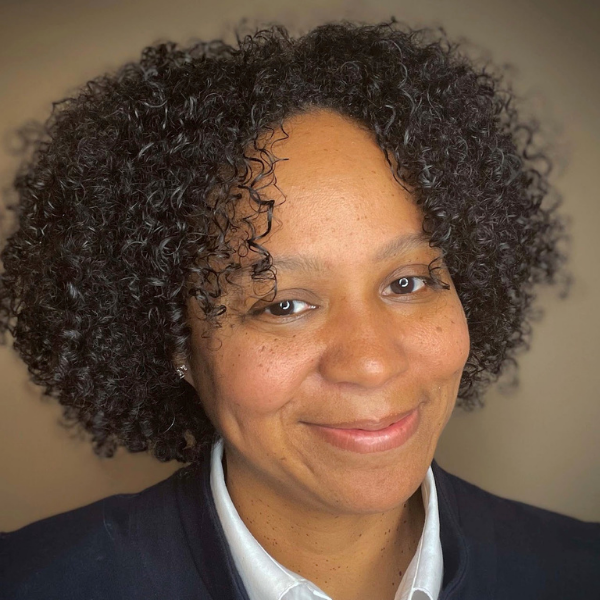 Cherise Shockley was diagnosed with LADA (Latent Autoimmune Diabetes in Adults) June 2004. She is the founder of the first and longest diabetes Twitter chat (Diabetes Social Media Advocacy) and creator of WOCDiabetes. She is a subject matter expert in diabetes, social media, online communities and peer support. During the day, she works at Roche Dia US corporate communications within the Story Lab team.

Learn more about the Value of Diagnostics