Many conditions cause mild cognitive impairment, so it’s important to seek a diagnosis right away.

When a loved one shows symptoms such as memory loss, lack of focus or problems with decision making, it’s easy to jump to the conclusion of Alzheimer’s disease. But according to Anil Nasta, M.D., a disease area partner at Roche Diagnostics, this may not be the case.

“A number of conditions can cause mild cognitive impairment (MCI), which can mimic Alzheimer’s,” said Nasta, who has worked with patients as a primary care physician for more than a decade, primarily treating and managing seniors. “Quite a few of those conditions are treatable and even reversible.”

How do you know what’s causing the symptoms? Step one is to see a doctor and find out. Here’s what to expect:

When it’s not Alzheimer’s

The range of illnesses that list mild cognitive impairment as a potential symptom is quite breathtaking in scope. It includes (but is not limited to):

“Dealing with these underlying medical issues and their symptoms can sometimes be straightforward,” Nasta said. Take, for example, a urinary tract infection, which can cause cognitive issues: “We do a urine test, find out it’s an infection and then initiate treatment. When the patient gets better, often their symptoms also resolve, and their families say that they’re completely back to themselves.”

Many disorders with symptoms including MCI are readily treatable, and when those disorders go away, they take their memory-associated difficulties with them. However, some of the issues that trigger Alzheimer’s-like symptoms can be quite serious in their own right, or may call for more extensive treatment.

“It’s important to address the cause of cognitive decline quickly, whether the eventual diagnosis is Alzheimer’s or not,” Nasta said, “because it could still be a symptom of something dangerous, or potentially dangerous if left unattended for too long.”

When it is Alzheimer’s

Alzheimer’s is often still the root cause of memory issues in seniors. According to the American Academy of Neurology, about 7.5% of people ages 65 and older will develop dementia in the first year after their MCI diagnosis, 15% in the second year and roughly 20% in the third year.

Although there’s currently no cure for Alzheimer’s, the quicker the disease is identified, the sooner one can make lifestyle changes and begin medications that may help reduce or control some symptoms, and seek to participate in clinical trials of new drugs. In addition, patients and caregivers who know the true nature of what they face can better prepare for the life changes it may bring, and work with their physician to find ways to delay its progression.

Dealing with the diagnosis

“The fact that multiple illnesses can cause cognitive symptoms makes the diagnosis of Alzheimer’s difficult,” Nasta said.

Jeff Borghoff, who was diagnosed with Alzheimer’s at age 51, knows these challenges firsthand.

"At first I was diagnosed with epilepsy,” Borghoff said. “Then they thought I might have Creutzfeldt-Jakob’s disease … Huntington’s [disease] as well. The only thing that they didn’t test me for at that point was Alzheimer’s disease, knowing full well my dad had dementia."

Borghoff and his wife Kim persisted, and he entered a clinical trial after a specialist confirmed an Alzheimer’s diagnosis with the support of tools including cerebrospinal fluid assessment and brain imaging.

Currently, most diagnoses are based on clinical – signs, symptoms, physical exam and patient history – and cognitive testing, which means the disease often isn’t caught until it’s quite advanced. A diagnosis based solely on clinical and cognitive assessments is correct only 70% to 80% of the time, according to Mayo Clinic.

Nasta describes arriving at a diagnosis as a process of elimination. “We always look for treatable causes,” he said. “When we’ve ruled out other issues, we really start to think about cognitive issues such as Alzheimer’s disease.”

Fortunately, new tools are making diagnosis quicker and easier. Biomarker tests allow physicians to use brain images or cerebrospinal fluid to pinpoint evidence of Alzheimer’s-related neurodegeneration. And blood tests are under development to provide non-invasive detection of Alzheimer’s disease biomarkers – sometimes years before the first signs of MCI could be detected using cognitive tests.

85% of people would want to know early if they had Alzheimer’s. – Alzheimer's Association

The bottom line: Whatever the reason for MCI symptoms, the benefits of early diagnosis far outweigh the risks.

Jeff’s Story: Being Diagnosed with Alzheimer’s

Watch his video story of battling cognitive decline with grace and courage after a series of misdiagnoses.

END_OF_DOCUMENT_TOKEN_TO_BE_REPLACED 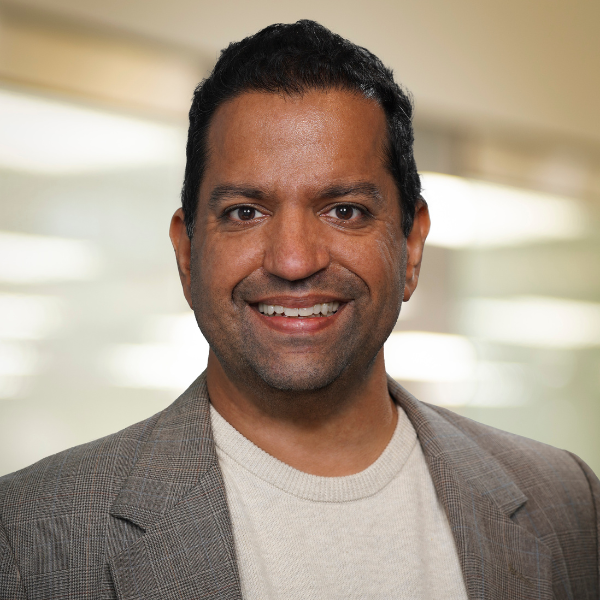 Anil Nasta, M.D., is a disease area partner at Roche Diagnostics. He specializes in the central nervous system and focuses on Alzheimer’s disease and dementia. Nasta, who has a background in primary care medicine, has practiced at various hospitals throughout the United States. He’s one of the people at Roche who supports diagnosing diseases like Alzheimer’s earlier and changing how they affect the brain – not just treating symptoms.